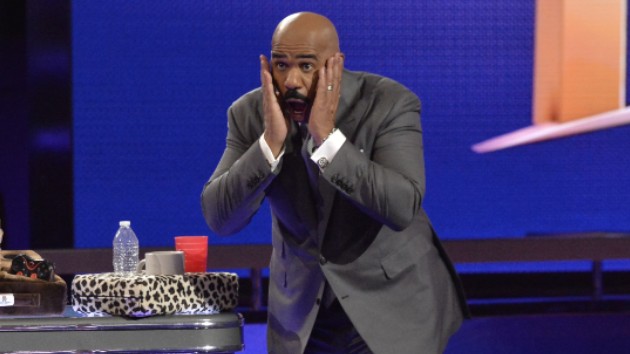 Back in 2015, the comedian hosted the beauty pageant and announced Miss Colombia, Ariadna Gutiérrez, as the winner. However, after realizing the mistake, he corrected the error and revealed that it was really Miss Philippines, Pia Wurtzbach, who won the crown.

“It was a painful a** night there, dog,” Steve said while on the Comedy Gold Minds with Kevin Hart podcast. “I didn’t know the pain I was in. I didn’t know how bad the mistake was…”

The Family Feud host then elaborated on what led to the mix-up, sharing that there was a last minute change to add a third name to his card and that he had someone in his ear telling him what to do. He also explained that it was his idea to go correct the mistake immediately despite the organization wanting to wait until the next day, which in retrospect, he said he “should have let them.”

The Think Like A Man author even detailed how people threw rocks over the fence of his Atlanta home with the Spanish version of the b-word written on it.

“You know, I knew it was bad when it happened, and really it wasn’t my fault…” Steve said, adding “When I woke up the next morning, it was everywhere. It was the headline in every country. And it was the worst week of my life, man, in show business.”