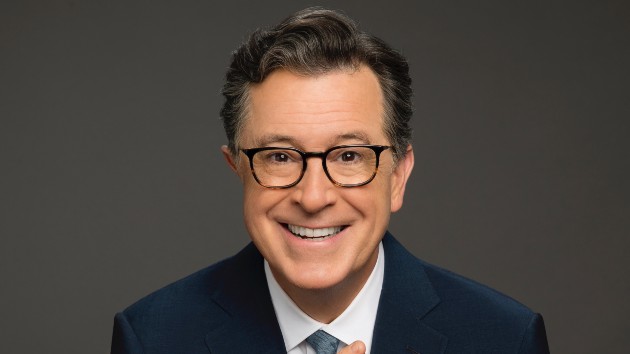 Stephen Colbert was back at The Late Show Monday night, following having COVID. The talk show host used a planned week off to recover, with his wife Evie, who was also infected.

Colbert noted that while he’s back on his feet, the “first three days sucked,” and now, although he’s negative, he’s got a “serious head cold.” He also thanked “science” for providing the vaccines and boosters he’d taken before coming down with the virus.

The late show host also offered well-wishes to Jimmy Kimmel, who announced yesterday that he’s down for the count with the virus. “TV is down a Jimmy!” Colbert joked in a “broadcast emergency.”

That said, Colbert insisted he didn’t infect his late-night colleague. “Of course, I’m on the East Coast, Jimmy’s in LA, there’s no way I could have given it to him,” Colbert said.

“And yes, last week, I did lick a lot of things and FedEx them to his office. But I only paid for two days: gotta be sterile by the time he opens it.”