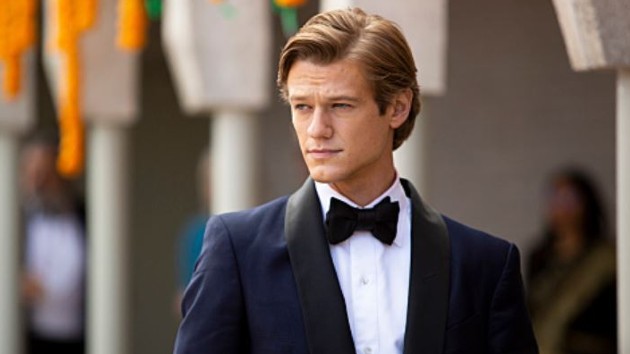 Sure, he’s saved the world many times, and now fans of MacGyver are trying to save him. CBS recently announced that the reboot won’t be renewed after its current fifth season, and fans aren’t taking it lightly.

“Save MacGyver” billboards have sprung up in Los Angeles, New York and Chicago, and the cast of the Friday night show has taken notice.

Lost veteran Henry Ian Cusick, who joined the cast in season 4, posted a photo of one of the signs, which features Mac’s trademark Swiss Army Knife and the hashtag #SaveMacGyver. Cusick noted, “Never seen this before — I totally underestimated the MacGyver fans!! Send me the other billboards and I’ll share! Very moved and humbled by this and thank you!”

His post was retweeted by Lucas Till, who plays the improvising, gun-averse title character, and who commented, “Agreed. This is something I didn’t expect.”

Till added to the fans, “I don’t know the future of the show myself but just the fact that you went to these lengths is astonishing and humbling. Thank you guys so much for your support! You made this show continue as long as it did. Couldn’t have done it w/o u.”

For their part, the fans, who even sponsored a video billboard in New York City’s Times Square, are tweeting their enthusiasm to CBS, as well as Netflix, in hopes the latter streaming service could take over if the Tiffany Network doesn’t grant the series a season 6.

A Change.org petition was also started, and as of Tuesday morning had nearly 21,000 of its goal of 25,000 signatures.