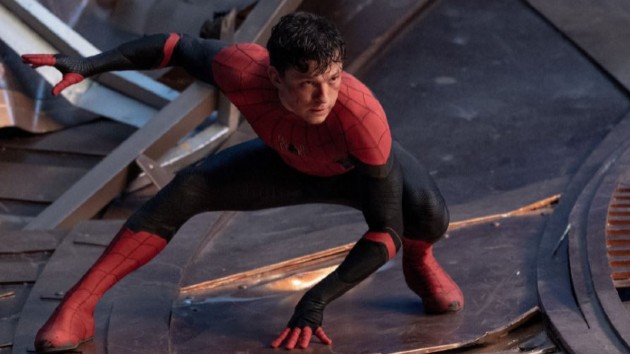 Spider-Man: No Way Home spun a staggering web at the box office, scoring the biggest opening weekend ever for Sony and earning an estimated 507.2 million dollars worldwide — the third-biggest global opening of all time.

Coming in at number two at the box office was Disney’s Encanto, delivering an estimated $6.5 million in its fourth week of release. It’s now collected a total of $81.5 million stateside to go with $94 million overseas, bringing its worldwide tally to $175.5 million.

West Side Story grabbed third place, earning a little more than 3.4 million in its second week. Stephen Spielberg‘s modern take on the classic Broadway musical has pulled in $18 million domestically so far and an estimated $9.1 million overseas to date, bringing its worldwide total to $27.1 million.

Finishing a close fourth behind West Side Story was Ghostbusters: Afterlife, delivering an estimated $3.4 million in its fifth week of release.

In Brief: Jimmy Kimmel re-ups with ABC, and more

‘The Bachelorette’ recap: Gabby’s journey ends with an engagement to Erich; Zach revealed as the next Bachelor