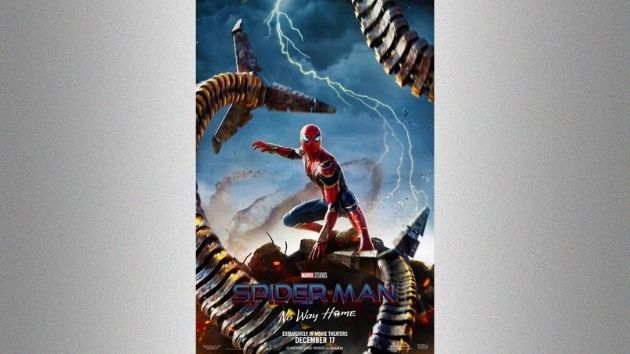 Ahead of the release, stars Tom Holland, Zendaya, and Jacob Batalon remained tight-lipped about the film’s plot as they’re sworn to secrecy, which is something they’re used to by now.

Recalling the first film — No Way Home is the third — Zendaya tells ABC News, “We were talking about when we did the first movie. Like, the biggest thing that…the biggest spoil was like, my name was MJ. And now if you only knew.”

Batalon doubled down on that statement, before Zendaya adds, “The things I can’t say now. So …we got some good practice. I think the stakes are just a little bit higher.”

Even though the cast can’t give any major spoilers away, the trio did tease what fans can expect.

Batalon confirms, “Yup, all of those things, plus more.”

While the frenzy surrounding Marvel’s Spider-Man is something that has been a “very overwhelming experience” for Holland, he says being able to experience the mania with his cast mates has made all the difference.

“There’s no one I would rather do this with,” he shares. “And you know, this has been a very overwhelming experience. The last six years of our life has felt like we’ve been on a roller coaster, so to be on that roller coaster together makes it that much easier.”

In Brief: HBO debuts season 2 trailer to ‘The White Lotus’, and more

“Why am I doing this?” Chris Hemsworth tries to defy death in Disney+ Nat Geo series ‘Limitless’