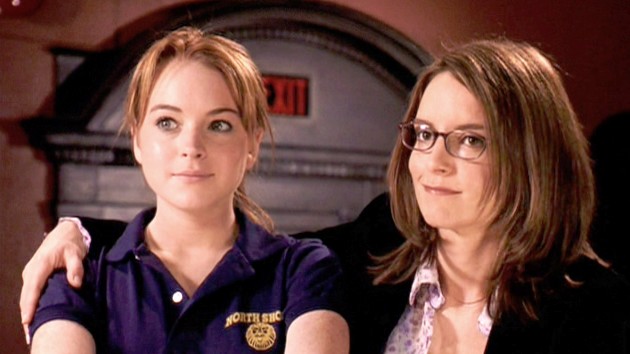 Fans of the movie Mean Girls know October 3 is a very important day — the day when Aaron Samuels, played by Jonathan Bennett, asks Lindsay Lohan’s Cady Heron what day it is and she replies, “It’s October 3rd.”

Nearly 20 years since Lohan uttered that now-famous line, fans of the 2004 comedy will wear pink on October 3 to honor the occasion.

Lohan took to Instagram on Sunday to remind her followers what day it was, sharing a screenshot of her and Bennett’s on-screen exchange.

Amanda Seyfried, who played the vapid Karen Smith, celebrated in the comment section by declaring, “YES IT IS.”

Bennett, 40, also joined in on the fun by inviting Lohan to recreate the scene by asking, “What day is it?” The actress happily obliged and shot back, “It’s October 3rd,” along with a crying laughing emoji.

Lacey Chabert, who played Gretchen Weiners, took to her Instagram story on Sunday to remind her fans “You can sit with us” — a reference to another of the movie’s famous lines, when her character yells “You can’t sit with us” to queen bee Regina George, played by Rachel McAdams.

Daniel Franzese, who played Damian in the Tina Fey-penned movie, also saluted the day by sharing several artistic recreations of his famous scene, in which he shouts during an all-girls’ assembly, “She doesn’t even go here!”

“I want to thank all of the fans of this movie that brings so much joy and adventure into my life,” the comedian wrote. “I’m grateful for each of your gasps or screams when you meet me or the tears we shed hearing your stories. Movies are healing. Comedies can especially be.”

﻿Mean Girls ﻿opened in theaters in April 2004. It grossed $130 million worldwide and subsequently developed a cult following and even spawned a hit Broadway musical.

Matthew McConaughey reflects on how his mentor, Don Phillips, started his career