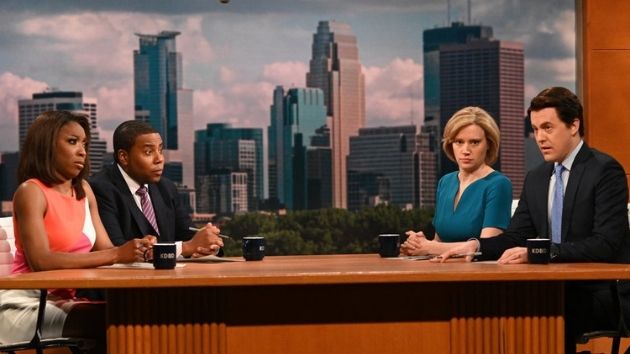 Saturday Night Live aimed this weekend’s opening sketch at testimony from forensics experts at the trial of Derek Chauvin, the ex-Minneapolis Police officer accused of killing George Floyd after kneeling on his neck while in custody.

SNL’s Ego Nwodim, Kenan Thompson, Kate McKinnon and Alex Moffat played the anchors on the fictitious news show, “Eye on Minnesota,” who, while in agreement about the strength of the evidence against Chauvin, differed on whether it would result in a guilty verdict.

“The defense trying to make a case that George Floyd’s drug use was somehow responsible is just deplorable,” Nwodim’s character said.

While discussing the defense’s claim that drugs were somehow responsible for Floyd’s death, McKinnon’s character declared there was “no way the jury’s going to fall for that,” to which Black cast members Thompson and Nwodim shot back, “Let’s just say, we’ve seen this movie before.”

When McKinnon’s character pointed out that “historically” police officers involved in similar cases have “gotten away with it,” Nwodim’s character replied, “She means every single time.”

Chris Redd also appeared in the sketch as the show’s weatherman, who became an unwilling participant in the conversation.

“I don’t want to be fired, but obviously it’s an open-and-shut case,” he said.  “That being said, he’s a white cop in Minnesota, so I’m going to guess probation with pay, tops.”