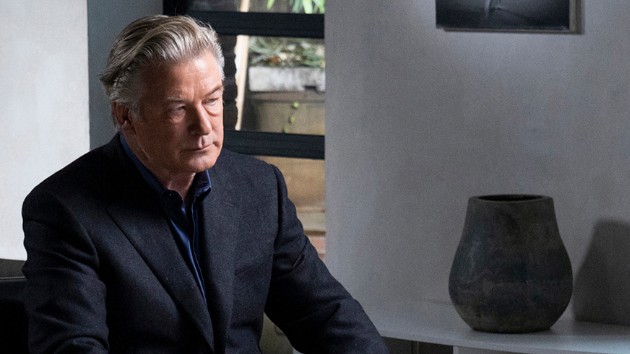 Alec Baldwin‘s Instagram use has gotten him into hot water once again. In a now-deleted Instagram post found by The Shade Room, Baldwin apparently weighed in on workplace safety regarding a viral fight video.

Former NFL player Brendan Langley was shown punching an employee last week after an apparent dispute over his use of a wheelchair to roll his luggage through Newark Airport. Langley was arrested after the scrum, and the airline employee, who was left bloodied, was fired.

In response to The Shade Room posting the video, Baldwin opined, “The guy working at the airport is the victim. He came to work to do a job.”

He added, “The other guy, with his big mouth, is guilty of workplace abuse, where people come to work with an expectation of safety, even civility. This a**hole who hit this guy should be put on a no-fly list.”

The fact that cinematographer Halyna Hutchins was killed last year at her own workplace — on the set of Baldwin’s Western Rust — didn’t go unnoticed by commenters.

“Sit this one out,” one Instagrammer opined.

“If ‘shoot first ask questions later’ was a person!” another snarked.

In April, the New Mexico Environment Department’s Occupational Health and Safety Bureau fined the producers of the Western $136,793 for on-set safety violations stemming from Hutchins’ death.

The agency issued a “Willful-Serious citation,” declaring that “Rust Movie Productions, LLC management knew that firearm safety procedures were not being followed … and demonstrated plain indifference to employee safety …”

The vintage Colt-style revolver Baldwin was holding had mistakenly been loaded with a live round.

A criminal investigation into Baldwin, who allegedly fired the fatal shot, remains ongoing.