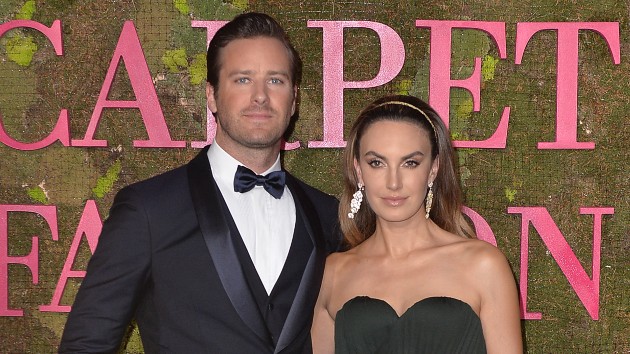 (LOS ANGELES) — For the first time, Elizabeth Chambers, the ex-wife of Armie Hammer and the mother of his two daughters, is speaking out amid growing accusations against the actor.

As claims against Hammer continue to mount, accusing him of having sordid fantasies involving cannibalism, Chambers took to Instagram Monday.

“For weeks, I’ve been trying to process everything that has transpired,” she began, adding, “I am shocked, heartbroken, and devastated.”

She added, “Heartbreak aside, I am listening, and will continue to listen and educate myself on these delicate matters. I didn’t realize how much I didn’t know,” and stated, “I support any victim of assault or abuse and urge anyone who has experienced this pain to seek the help she or he needs to heal.”

That said, Chambers, an author, TV personality and entrepreneur, said, “At this time, I will not be commenting further on this matter.”

Instead, she thanked fans for their “love and support,” and noted, “My sole focus and attention will continue to be on our children, on my work and on healing during this incredibly difficult time.”

The initial allegations, reportedly culled from leaked and unverified sexting DMs, led Hammer to drop out of the Jennifer Lopez film Shotgun Wedding.  In a statement to Entertainment Tonight, Hammer later called the first allegations “bulls***…” and “…vicious and spurious online attacks…”

More recently, Hammer’s 22-year-old ex-girlfriend, Paige Lorezne, made new and disturbing claims to the Daily Mail, insisting he was “obsessed” with the idea of “taking a piece of me…and consuming it.”

In a statement to DailyMail.com, Hammer’s lawyer called those claims “patently untrue,” and that, “Any interactions with [Lorenze], or any partner of his, were completely consensual in that they were fully discussed, agreed upon, and mutually participatory."”