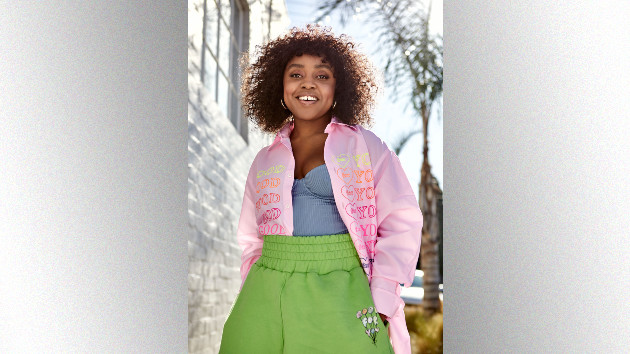 Actress and Internet meme star Quinta Brunson says she’s letting readers in on her “journey through the sharable digital age” with her new book, She Memes Well: Essays.

Brunson, who admits she was at first “cynical” when “approached with the idea to write a book,” says she eventually warmed up to the notion because her specific story wasn’t “documented anywhere yet.”

“Not only in books of essays, but it wasn’t really being documented in textbooks… [or] in articles online,” Brunson tells ABC Audio. “But my experience was unique in being someone who went viral on a brand-new video platform — Instagram at the time — and then went on to work for a company like BuzzFeed.”

“It was a complete digital trajectory that was unique,” she says. “And… now has become more of the norm.”

Brunson’s ability to turn her digital success into a lucrative career is just one of the many things documented in her book.

“After I found my focus, that naturally takes you into other areas,” she says. “I’m from Philadelphia. Like being a Black girl in these spaces, what all of that means. And you slowly learn, ‘OK, I have more to say than I thought about my life so far."”

Beside documenting her career, Brunson says there’s a bigger purpose in sharing her story.

“I really want younger kids to be able to read this and feel the way I felt when I first read Tina Fey‘s book or Mindy Kaling‘s book,” she says. “I was like, ‘Wow, look at these people doing the career that I want to do.’ And even though I didn’t do it in the exact same way they did, I just hope that someone reads my book and gets that inspiration.”

She Memes Well: Essays is available for purchase Tuesday.