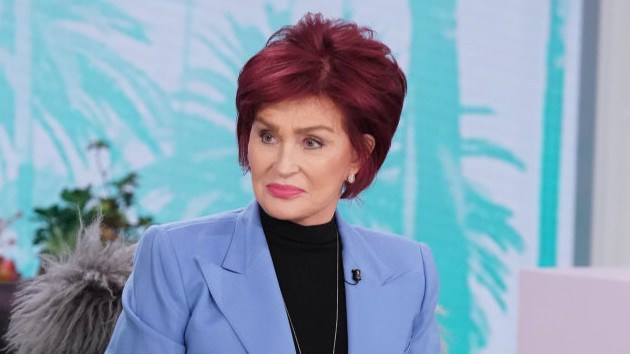 Sharon Osbourne is ready to open up about her exit from The Talk in her first tell-all interview set for later this week.

The British media personality, who was an original cast members of the long-running daytime talk show, will explain during a panel discussion why she walked away from her hosting gig.

According to Deadline, Osbourne will explain her side of the controversy on HBO’s Real Time with Bill Maher this Friday. This will be her first in-depth television interview following the events that caused The Talk to go on an extended hiatus.  It’s set to air at the top of the show.

As previously reported, Osbourne, 68, ignited a controversy March 10 during an intense debate with fellow host Sheryl Underwood about racism versus freedom of speech, which didn’t sit well with fans of the show.

Osbourne had defended embattled broadcaster Piers Morgan, who railed against Meghan Markle‘s explosive tell-all interview with Oprah Winfrey by calling it “contemptible” and a “diatribe of bilge.”

During her heated exchange with Underwood while defending Morgan, Osbourne had said, “Educate me! Tell me what [Piers] said that was racist!”

The British media personality later claimed she was “blindsided” by the segment and deemed it a set up.

In the wake of the on-air argument, which saw Osbourne resign from her position, The Talk went on an extended hiatus that lasted through Monday.

During the talk show’s first episode following the controversy, Underwood and host Elaine Welteroth discussed racism and, when touching upon Osbourne’s comments, stated, she “was not listening and went off the rails into disrespect.”

Osbourne reportedly did not tune in to watch her former co-hosts discuss the incident.