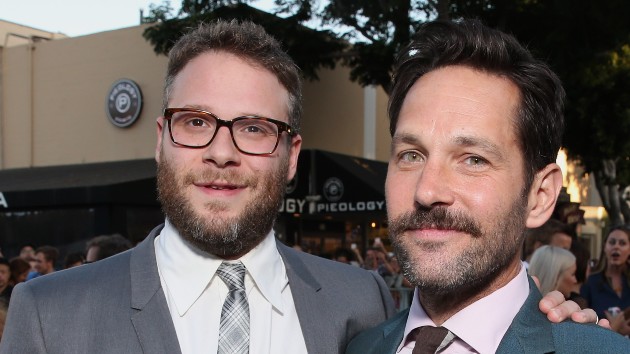 Paul Rudd has been known for playing pranks — for example, his years-long habit of playing the same clip from the 1988 movie Mac and Me whenever he appears on Conan to promote a new film — but he gets kudos for what comics call “commitment to a bit” for a gag he pulled on his pal Seth Rogen.

On Twitter, Rogen admitted that his 40-Year-Old Virgin co-star clowned him big time, but honestly, it’s not really obvious who got the last laugh.

“Once I was in the spa in a hotel in Vegas getting a massage,” Rogen recalled. “When I finished I turned over and to my shock Paul Rudd was massaging me. He saw me go in and convinced the masseuse to let him take over, thinking I’d notice immediately.”

It’s not known when the prank happened, but the story Seth posted immediately went viral.

“Suddenly Paul Rudd turning out to be my masseuse is the thing I want most in the whole world,” one person  responded. Another wrote, “Seriously how do I get in on this prank?!”