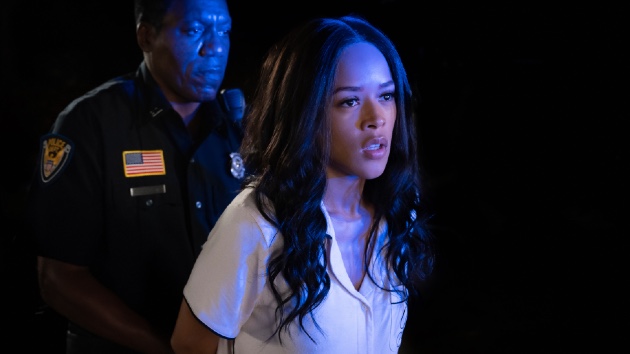 Actress and singer Serayah stars as Keisha in Lifetime’s new film, Envy: A Seven Deadly Sins Story. With a smile on her face and envy in her heart, Keisha is determined to destroy her half-sister’s happy life.

Serayah tells ABC Audio she was mainly attracted to the film considering her history with the film’s executive producer, Pastor T.D. Jakes.

“I know that he has amazing films and he’s also been my virtual pastor for years. So I absolutely adore him and his family,” she says, before referencing her previous role as Tiana Brown on Fox’s Empire. “But another reason is because I played one character for the first six years of my career.”

“I was just really excited to dig deep into a character that was grounded and had some struggle and some pain and some layers,” she continues. “And so as an actress, I was just super, super excited to have booked the role.”

Despite her character’s troubled past, Serayah believes everyone deserves a second chance at redemption.

“I think we all deserve redemption, honestly, for anything that we do or any mistakes or whatever you want to call those mishaps, just life that happens,” she explains. “But in Keisha’s case, she has that small little girl in her that’s hurting and has missing pieces. So she kind of acts out through that and through what she’s known.”

Serayah adds, “And now that she’s having a lot of life changes and then finding out it looks like the grass is greener on the other side. She is very envious of things that she feels like she should have had but didn’t.”

Catch the premiere of Envy: A Seven Deadly Sins Story Saturday at 8 p.m. ET on Lifetime.