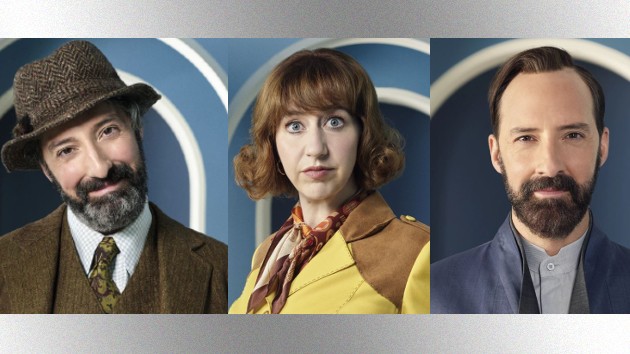 Benedict has gathered a new group of talented kids, but the second season sees him and faithful assistant Kristen Schaal‘s Number Two kidnapped, leading the children to call upon their special skills to find their lost comrades.

Hale tells ABC Audio he was excited to see the series return. “It’s really encouraging because what the books bring by Trent Stewart, I just so believe in…the fact that these kids, they don’t have the superpowers,” he says. “Their superpower is their intellect, their creativity and their empathy. And just that idea that everybody has a unique gift and can be a hero. And not to sound cheesy, but the uniqueness of that each child is what they bring to the table. And I love that!”

Season 2 sees some changes, however, Hale explains. “Both Kristen and my characters were kind of thrown for a loop because the guy that we ousted the first season, who is the, quote, bad guy, now all of a sudden, he’s a self-help guru selling happiness. And we’re just like, what?!” he says.

Schaal, who famously voices Louise on Bob’s Burgers, says she gave a lot of autographs out to her young co-stars just for that reason. She also loves what makes Number Two tick. “That character is so fun because she definitely is very efficient, very good at things, which I am not,” she expresses.

She adds of her young colleagues, “They’re so talented and fun and capable…So it’s just been a real pleasure to get to work with them.”