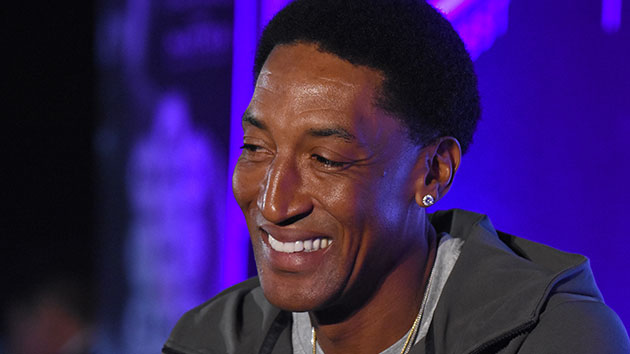 NBA legend Scottie Pippen announced the sudden passing of his eldest son, Antron, on Monday.  He was 33.

Pippen, who played for the Chicago Bulls, shared a series of photos of his child on Instagram and penned an emotional tribute to his memory.  The basketball great declined to identify a cause of death.

“I’m heartbroken to share that yesterday, I said goodbye to my firstborn son Antron,” said Pippen, 55. “The two of us shared a love for basketball and we had countless conversations about the game.”

Continued the six-time NBA champ, “Antron suffered from chronic asthma and if he hadn’t had it, I truly believe he would’ve made it to the NBA. He never let that get him down, though — Antron stayed positive and worked hard, and I am so proud of the man that he became.”

While calling for prayers for Karen McCollum, his ex-wife whom he shared Antron with, as well as his friends and family members who loved him, continued Pippen, “A kind heart and beautiful soul gone way too soon. I love you, son, rest easy until we meet again.”

Pippen and McCollum wed in 1988 and divorced two years later.  Antron was their only child.

The basketball legend remarried in 1997 and welcomed four more children with Larsa Pippen, from whom he is now separated.

The Real Housewives of Miami alum honored her step son on social media, writing in an Instagram story, “Some truths in life are hard to accept. Your memories will never be forgotten! They will always remain with us forever. You are forever in our hearts, we love u and will miss u always Rip Antron.”