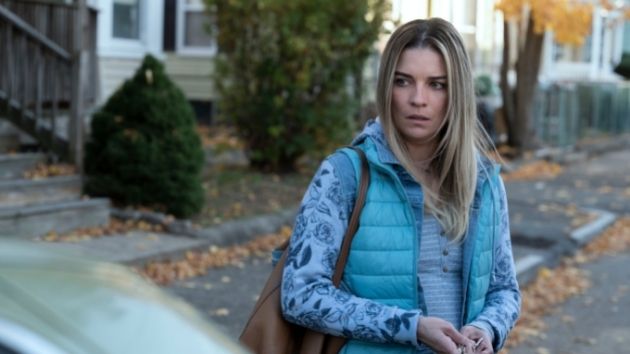 The series takes aim at the trope of the dutiful sitcom wife, while also exposing how problematic many of those shows have been over the years — the perfect follow up to her Emmy winning turn as Alex Rose on Schitt’s Creek.

“The character was just such a huge departure…and it proved to be very scary and very challenging,” she tells ABC Audio.  “But I really wanted to kind of prove to myself that I was able to do something other than Alexis after six years.”

“What I think is the most exciting part of it is that these female characters are beautifully fleshed out, but they’re also deeply flawed,” adds Murphy.  “That is what makes them human beings, as opposed to these like one tier squeaky clean women with a capital W.”

Much like the roles the 34-year-old actress tried out for a lot early on in her career.

“There were many pilot seasons where I was getting these auditions for, like, hot girlfriend,” she explains. “And I’d be like, what’s she all about.  What’s her backstory?  What makes her tick?  What are her opinions?  What are her likes? And casting directors would be like? Well, she likes her boyfriend, and that would be basically it.”

Part of that, Murphy admits, was her fault.  “I didn’t really question anything. I would laugh along because I was told to laugh along,” she says.

“It wasn’t until we really started picking apart this script and seeing just how much misogyny and racism and homophobia lies beneath this laugh track that I started watching sitcoms with a very, very different lens,” she continues.