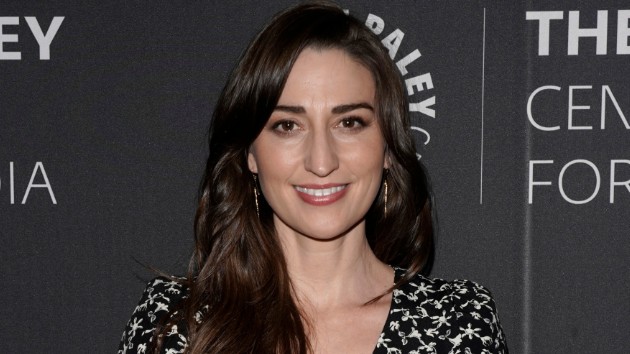 (NEW YORK) — Sara Bareilles is gearing up for her first starring role in a TV series in the Tina Fey Peacock comedy, Girls5Eva.

Entertainment Weekly reports that at a TCA panel on Wednesday, the singer/songwriter said her stage experience in the Broadway musical Waitress helped prepare her for the grueling schedule the show would entail.

“Waitress has oddly prepared me in ways I never imagined,” said Bareilles, who composed the music and starred in the musical. “The rigor of a TV schedule, which is not ideal — I have to say getting up at four in the morning on a regular basis is not my favorite thing — but the discipline and the structure of that I think people who are a part of the theater understand that and certainly the stamina of that.”

Sara also revealed she wrote an original song for the series, which co-stars Busy Philipps, Renee Elise Goldsberry and Paula Pell as members of a one-hit wonder ‘90s girl group who decide to reunite.

“This series, it’s like a dream fantasy,” Bareilles said. “It’s comedy and music and female empowerment and stories about women that are slightly heightened but based in reality. All my favorite people are a part of this. It’s been something out of a fantasy. “

Girls5Eva does not yet have a premiere date. Bareilles previously served as executive producer on the Apple TV+ series Little Voice.