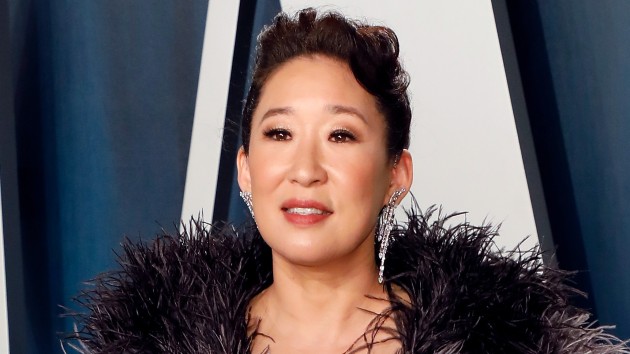 Sandra Oh, who turned 50 last month, says she realizes that her roles are becoming more matronly as she ages, but says she’s not terribly bothered by that.

Speaking to The Cut, the Killing Eve star revealed, “I am moving into the mother stage of my career, and I know classically, a lot of actresses my age are upset and say, ‘Oh, I have to play the mother or the wife."”

Instead, Oh said she’s looking forward to the challenge, adding, “There is tremendous richness in all of these experiences and relationships.”

The Golden Globe winner said she understands why some actresses may balk at playing the mom, adding, “When Me Too was happening, and many A-list actresses were getting together, and they realized that their experience was so isolated because many times in films, there’s only really one part for a woman.”

Oh said that hasn’t been her experience and referenced her 10-year run on Grey’s Anatomy when explaining, “Cristina Yang changed in real time, she developed in real time, and it was believable.”

The actress added that, while she’s sought roles that offered “dimensionality,” the pandemic further influenced her decision making.

“The pandemic shifted so many things for everyone, and I definitely opened and deepened and questioned my points of view and belief systems,” she said.  “I feel in great creative shape and grateful to work on projects that are challenging the unbelievable pressure of being a modern woman.”

Oh will play Ming, an overprotective mom, in the upcoming Disney/Pixar animated film Seeing Red, due out March 11, 2022.

On the dramatic side, Oh’s set to star as Amanda in the supernatural horror Umma, which she says delves into “generational trauma” and will “question how mothering is challenging.”  A release date is forthcoming.