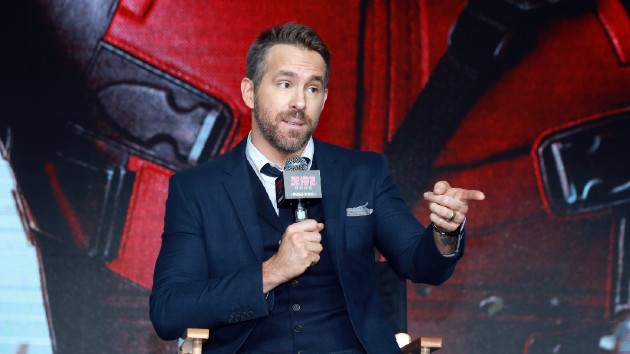 (LOS ANGELES) — Ryan Reynolds marked Deadpool’s fifth anniversary by sharing an old fan letter and, as a joke, the response he forgot to mail in return.

“Five years later, I’m still in awe of Deadpool fans. Hunter wrote me this letter after #Deadpool came out and somehow my response never got mailed. Holds up. Mostly,” the Golden Globe-nominee tweeted over the weekend.

A fan named Hunter reached out to Reynolds in 2016, calling the first Deadpool film a “picture perfect ‘R’ rated movie” and expressed hope for a sequel.

The fan also admitted the letter was, in actuality, an English assignment, and invited Reynolds out for beers to “talk about all the Francis’s in life.”

Reynolds shared his “response,” which is rife with outdated references, such as poking fun at the prospect of Deadpool joining the Marvel Cinematic Universe owned by Disney.

The 44-year-old actor also shared some fake advice, saying “Commit to one thing.  For me, it’s acting.  No messing around with random business ventures like other celebs.”

Reynolds now owns stake in Mint Mobile and Aviation Gin and is an investor in the Welsh soccer team, Wrexham Football Club.

On the topic of becoming a connoisseur of gin, Reynolds jokingly wrote in the letter, “Beer is my favorite, and the only alcohol for me.”

Other statements include the actor expressing excitement about investing in the disastrous Fyre music festival, that Tom Brady and New England will always be together, and that he cannot wait to hug fans when Deadpool 3 hits theaters in 2020.

Deadpool went onto become a box office success and released an equally successful sequel in 2018.  Fans are anxiously awaiting the third installment, which was delayed because of the COVID-19 pandemic.