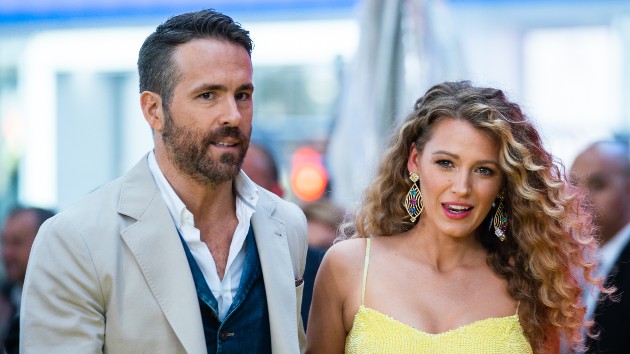 Ryan Reynolds thanks his lucky stars for wife Blake Lively, who helped him raise three young daughters through the COVID-19 pandemic.

Speaking on the SmartLess podcast recently, the 44-year-old actor opened up about how lockdown affected his children: six-year-old James, four-year-old Inez, and Betty, who’s one.

“They had a tough time,” said Reynolds, noting how his two older daughters struggled to adjust to going to school over Zoom.

To try and make it easier for his children, the Deadpool star said he sought out “external help left and right. I was reading books. I was trying some way to steer the ship.”

Reynolds shouted out his wife, saying Lively “was so much better at it than I was because I’m also a child.”

The Canadian actor also revealed how he managed to woo his wife of nearly nine years, or “45 years in Hollywood terms.”

“I met Blake on the darkest crease in the anus of the universe called Green Lantern,” he joked, referencing the 2011 movie they both starred in. “We were friends and buddies and about a year and a half later we went on a double date but we were with separate people.”

“We got on the train and rode together and then I was just begging her to sleep with me,” Reynolds joked, but admitted their romance was something “like out of a fairy tale.”

“A week later, I was like, ‘We should buy a house together,’ Reynolds grinned. “And we did!”

‘The Bachelorette’ recap: A shocking and emotional departure rocks Gabby ahead of hometown visits

‘The Bachelorette’ recap: A shocking and emotional departure rocks Gabby ahead of hometowns