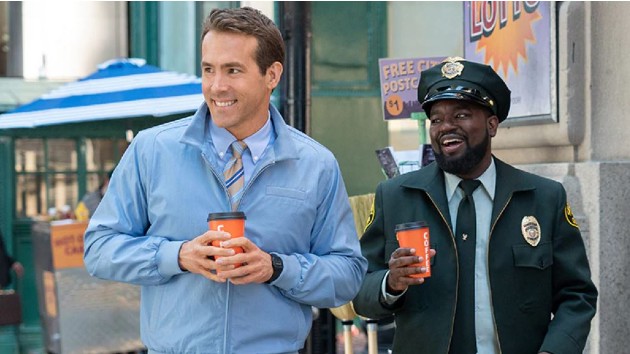 However, that revelation only comes to Guy when he dons a pair of glasses that lets him see that he and Buddy’s everyday lives — as, respectively, a bank teller and a security guard — are just cannon fodder for gamers in the real world.

That world-changing revelation doesn’t change their friendship, however, which is cemented in a moving speech Buddy gives at the movie’s climax.

“…[I]t’s always weird when you do speeches like that, you’re kind of like emotionally tied to it,” Howery said with a laugh at a recent press event. “I remember shooting it with [director] Shawn [Levy] and them…and I had to take a walk. I wasn’t like gonna tear up in front of y’all, but I was like, ‘Wow, that’s what that was."”

Reynolds adds, “Rel and, I just immediately, from the moment we met, kind of clicked. I was a huge fan of his,” Ryan says before adding self-deprecatingly, “and I think we can all say he was a huge fan of [co-star] Taika [Waititi].”

He continues, “So it was great to get out there and mess around and play and sort of form that bond and put it up on the big screen.”

Free Guy is now in theaters from 20th Century Studios, which is owned by ABC News’ parent company, Disney.