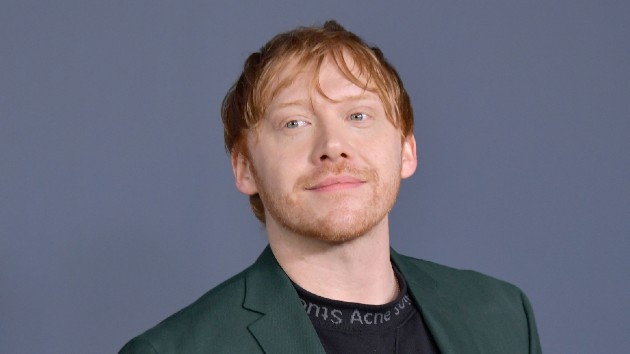 (NEW YORK) — Rupert Grint, who played the beloved Ron Weasley in all eight Harry Potter films, broke his silence about the rumor that streamer HBO Max is planning to reboot the series.

The 32-year-old actor, who last starred as Ron in 2011’s Harry Potter and the Deathly Hallows – Part 2, spoke to Variety about the potential revival.

“It’ll be weird if it was a continuation kind of thing,” confessed Grint. “I weirdly feel quite protective of that character.”

The British actor furthered, “Even when I saw the stage shows, it was a very strange experience.”

If Harry Potter was to come back, Grint admits he’s not entirely on board with rebooting the series with a new cast of actors playing Harry, Ron and Hermione.

“If it’s like a different group of friends, I guess it would be interesting,” he allowed.

However, he did reveal something shocking — despite playing Harry Potter’s best friend for a decade, he hasn’t watched all the movies.

“I’ve probably seen the first three at the premieres, but after that I stopped watching them,” he shrugged before turning his attention onto his newborn daughter, Wednesday.  “But now that I have a daughter, I will probably have to watch them with her.”

Grint shares Wednesday, who was born in May, with wife Georgia Groome.

The original Harry Potter films also starred Daniel Radcliffe as Harry and Emma Watson as Hermione.  Of the main trio, only Grint has shared his thoughts about the possible HBO Max reboot.