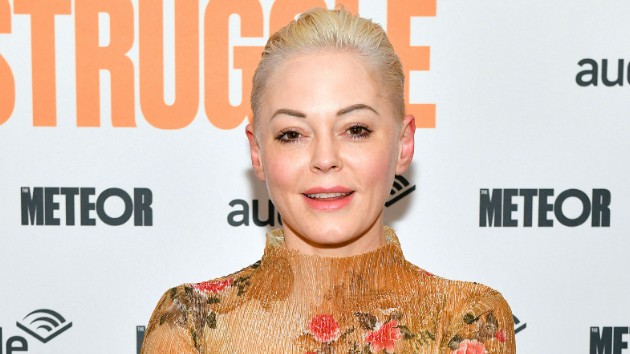 (LOS ANGELES) — As allegations of abuse against Marilyn Manson pour out, his ex, Rose McGowan, is making it known where she stands — with the victims.

McGowan, who dated and was engaged to the rockstar until their split in 2001, took to Instagram on Monday threw her full support behind Manson’s accusers.

“I am profoundly sorry to those who have suffered the abuse & mental torture of Marilyn Manson. When I say Hollywood is a cult, I mean the Entertainment industry including the music industry is a cult. Cult’s protect the rot at the top. Theirs is a sickness that must be stopped,” the 47-year-old actress wrote in a statement.

“The industrial fame complex chooses who they protect & who they’ll let be their victims. For profit. I stand with Evan Rachel Wood and all of those who have or will come forward,” she continued. “And please don’t pull out the ‘why did they take so much time to come forward?’ question that shames victims/survivors, it’s what stops others from coming forward. And to all of those who have covered for monsters, shame on you. Rise and say no more.”

McGowan’s statement comes hours after Wood openly accused Manson of alleged abuse, claiming he “started grooming me when I was a teenager and horrifically abused me for years. I was brainwashed and manipulated into submission.”

The “Sweet Dreams” singer has since responded to the allegations with an Instagram post of his own.

“Obviously, my art and my life have long been magnets for controversy, but these recent claims about me are horrible distortions of reality,” Manson wrote. “My intimate relationships have always been entirely consensual with like-minded partners. Regardless of how — and why — others are now choosing to misrepresent the past, that is the truth.”