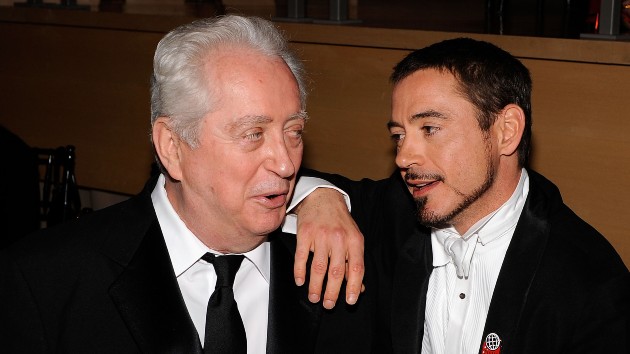 Robert Downey Sr., the filmmaker and actor father of Robert Downey Jr., has died at 85, the Marvel movie star just announced on Instagram.

“Last night, dad passed peacefully in his sleep after years of enduring the ravages of Parkinson’s,” Robert notes, calling his father “a true maverick filmmaker [who] remained remarkably optimistic throughout” his ordeal.

The actor then quips of Downey Sr.’s third wife, Rosemary Rogers-Downey, “According to my stepmom’s calculations, they were happily married for just over 2000 years.” He added about the music producer and writer, “you are a saint, and our thoughts and prayers are with you.”

Born in 1936, Robert Downey Sr. started his entertainment career as an actor after a stint in the Army, and throughout his career, he starred in TV shows and films, with credits including The Twilight Zone and Saturday Night Live on the small screen, and movies such as To Live and Die in L.A. and Boogie Nights.

However, it was his career as an avant-garde director decades earlier that left more of an impression: notably the 1969 race-based satire Putney Swope, and the 1970 comedy Pound, which ranks as a five-year-old Downey Jr.’s first acting credit. Downey Jr. also appeared in his father’s 1997 dramedy, Hugo Pool.