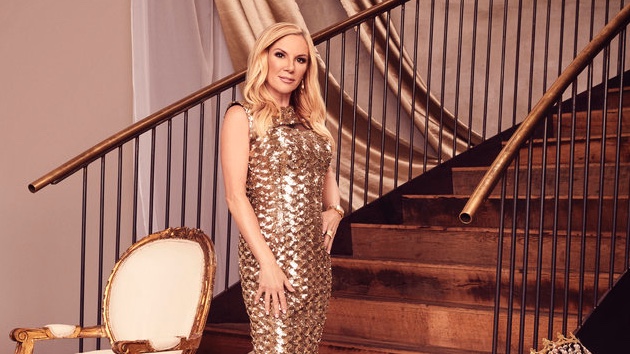 Stars — they’re just like us. Which in this case means they also watch reality TV. And this time, that star is Rihanna.

The Fenty Beauty founder recently weighed in on an episode of The Real Housewives of New York City, in which RiRi was name-dropped by cast member Leah McSweeney.

In the scene, Leah, who owns the streetwear brand Married to the Mob, got into a small argument with her co-star Ramona Singer, who sarcastically offered to model her clothes, saying, “Let me promote Leah Mob or Mob something.”

Leah hit back, “You aren’t exactly my demographic, so it’s all good,” before adding, “I already have Rihanna wearing my s***, you think I need you wearing my s***?”

Rihanna herself caught wind of the clip and made her stance on the reality stars’ tiff clear by sharing an Instagram post of herself rocking a “B**** Mob” t-shirt early Thursday morning. She captioned the selfie, “what was said @ramonasinger ? [crying laughing emoji] #RHONY.”

Leah commented on the post, writing, “I love you so much” followed by the crying laughing emoji, red heart emoji, and flame emoji.

It doesn’t appear as if Ramona has responded as of Friday morning.