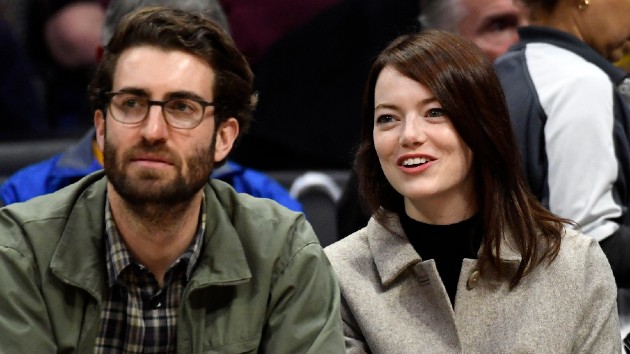 (LOS ANGELES) — Emma Stone is a mom!  The Cruella star, who never confirmed her pregnancy, welcomed her first child alongside husband Dave McCary.

People confirms the couple, who secretly wed last year, are now the proud parents to a little girl.

However, nothing else is known about their little one.

McCary, who works as a Saturday Night Live segment producer, first met Stone in 2016 when she was hosting the late night sketch show.

The notoriously private couple has largely kept their relationship away from the private eye but publicly announced their engagement in December 2019 on Instagram.  The announcement came just a month after the two confirmed their relationship when walking the red carpet together at the 2019 Screen Actors Guild Awards.

Following reports that the two secretly tied the knot in September, photos of a noticeably pregnancy Stone surfaced online — but representatives for the couple did not respond to requests for comment.

Stone previously hinted that she may be adding another member to her family when promoting the animated film The Croods: A New Age, where she voices main character Eep.

Speaking with Entertainment Tonight in November, the 32-year-old actress expressed, “I feel pretty good about starting my own pack.”