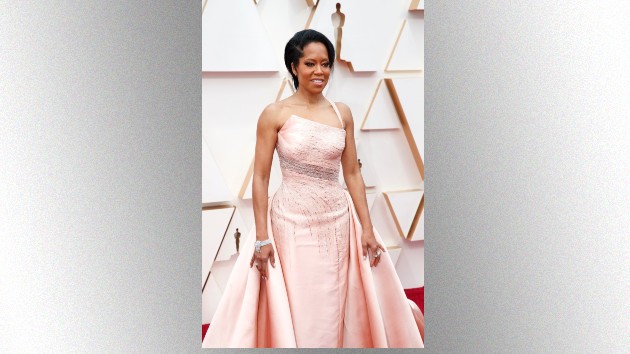 The Oscar-winner will star as the late Shirley Chisholm in a film simply titled Shirley, according to Deadline.

“Shirley Chisholm’s fearless determination has been an inspiration to so many of us, and with this film we hope to inspire many generations to come,” King says in a statement. She is co-producing the movie, which will be written and directed by John Ridley, who won an Oscar for the 12 Years A Slave screenplay,

“To collaborate once again with my friend and mentor, John Ridley makes this decade-long journey even sweeter,” Regina adds.

In 1968, Chisholm became the first Black woman elected to Congress, serving as a representative for New York’s 12th congressional district, which includes New York City. Chisholm served seven terms through 1983, when she retired from politics. She passed away in 2005 at the age of 80.

The film will detail Chisholm’s historic 1972 run for the Democratic presidential nomination; she was the first woman to do so.

In 2015, President Barack Obama posthumously honored Chisholm with the Presidential Medal of Freedom. The trailblazing politician was also recognized by the U.S. Postal Service with the Shirley Chisholm Forever Stamp in 2014.

As previously reported, in November, it was announced that Danai Gurira from Black Panther would star in a separate film titled The Fighting Shirley Chisholm.

King recently made her directorial debut with One Night in Miami. She will next appear in the western The Harder They Fall co-starring Idris Elba.