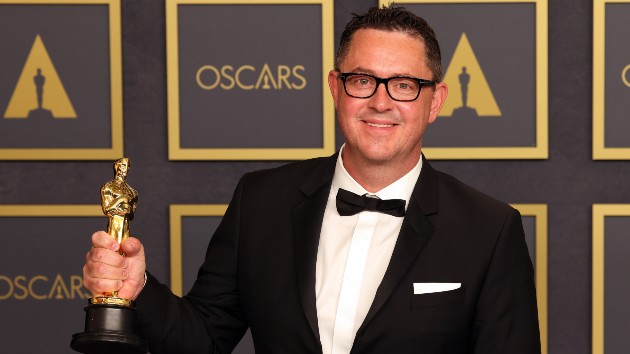 While the Denis Villeneuve film Dune scored six Oscars Sunday night, he and the craftspeople behind it are already working on its sequel.

Backstage at the Oscars Sunday night, with his newly-engraved Academy Award in hand, cinematographer Greig Fraser dropped some hints about the follow-up. Fraser has logged an impressive filmography of late, having spent time behind the camera not only for the sci-fi epic, but also The Batman, Rogue One: A Star Wars story, The Mandalorian, and the Oscar winning Zero Dark Thirty.

He continued, “But I can tell you that this is a bigger story. I read the script, and I’m more blown away by this script than I was by Part One.”

Fraser also said, “I’m more excited. In fact, I was sitting in a meeting with Denis and Patrice and Paul [Dune’s Oscar winning production designer Patrice Vermette and VFX supervisor Paul Lambert] the other day at Denis’ house, talking about this film. And I turned to Denis, and said, ‘I can’t believe these people pay us to do this. Like this is ridiculous. They pay us to make these movies, which are so exciting and so amazing."”

Fraser allowed, “So I can tell you it’s bigger and better and amazing, so I apologize for not giving you more than that.”