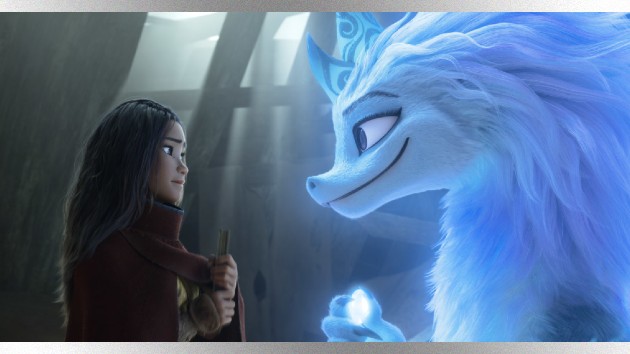 Its release couldn’t have been better timed, as theaters in several major cities, including Chicago, San Francisco, and New York City, re-opened for the first time in nearly a year.

Raya and the Last Dragon also flew off with an estimated $17.6 million overseas, bringing its worldwide total to $26.2 million.

The computer-animated adventure, featuring the voices of Kelly Marie Tran and Awkwafina, was also available on Disney+ for a $30 premium fee.

The live-action/animated film Tom and Jerry dropped to second place in its second week of release, earning an estimated $6.6 million.

The week’s third and final new release to crack the top five, the R-rated coming of age drama Boogie, took fourth place with an estimated $1.2 million.