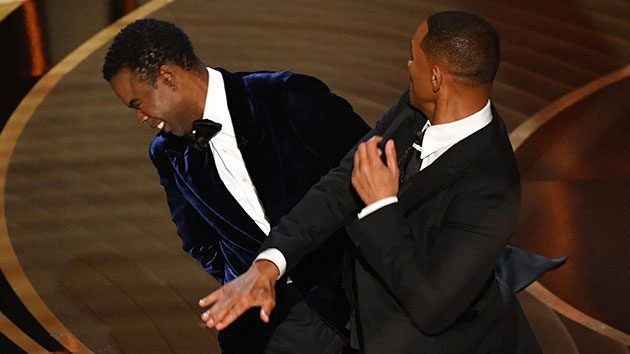 After Chris Rock’s younger brother, Kenny Rock, told TMZ that he wants to fight Will Smith, Ray J says he’ll offer a fortune for Chris and Will to face off in a boxing match.

When asked if he thinks Chris and Will should box, Kenny said: “No, they shouldn’t. But I should get in the ring with Will Smith.”

The Shade Room posted Kenny’s response on Instagram, and Ray J responded, “It can only be Will vs. Chris, my investors are ready right now — $50M fight no less. That’s each.”

In other news, Anthony Anderson admitted Monday on The Ellen DeGeneres Show that he cried while taping the final episode of black-ish.

“I didn’t cry as much as Tracee Ellis Ross, though. She cried every day. I think I cried a little bit more than [Ross] did, and I didn’t think it was going to hit me the way that it did,” Anderson added.

“In the last scene on the last day is when I lost it, and it was unexpected for me,” the 51-year-old actor continued. “I didn’t expect to lose it the way that I did, but that just goes to show how much I love what I do [and] love doing it with the people that I did it with for the last eight years.”

The final episode of black-ish airs Tuesday, April 19 at 9 p.m. on ABC.

Finally, over the weekend, Major League Baseball celebrated the 75th anniversary of Jackie Robinson breaking the color barrier in 1947. LeBron James is paying tribute to the late Hall of Famer by producing a documentary about how Robinson’s paved the way for minority players. Titled After Jackie, it’ll premiere Saturday June 18 on The History Channel.