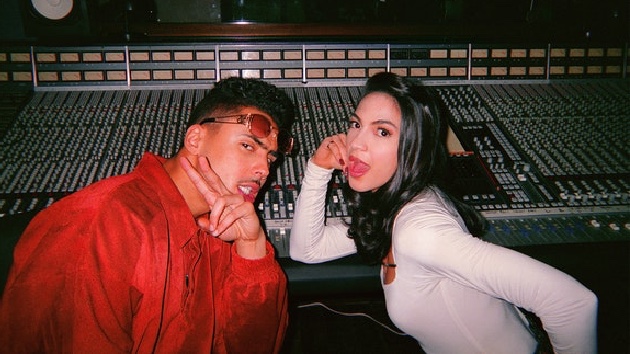 Due to his background as an artist under his step-dad Diddy and Bad Boy Records, the “Enough About Me” singer says his character is more relatable than he thought.

“The Power universe itself speaks volumes, and from the success of that, they started to now dive into the characters that people fell in love with their stories,” Brown tells POPSUGAR. “Crown Camacho is that ear to the streets, but also that plug to the music. I think in the lifestyle in which we’re surrounded by, the music speaks more than anything, and everybody wants to have the newest artist with the hottest song, and I’m the guy that that has to go through.”

“It’s definitely a great dive into a period of time, the birth of hip-hop. I was born in ’91, and that’s exactly where it takes place,” says the 30-year-old. “Having the family I have, I was actually around these times and even the areas the show represents. This is one of those projects that will live on forever.”

If you haven’t already, Brown says now is a “good time” to check out Raising Kanan, so you won’t be lost during season two, which was renewed before the first episode premiered on July 18.