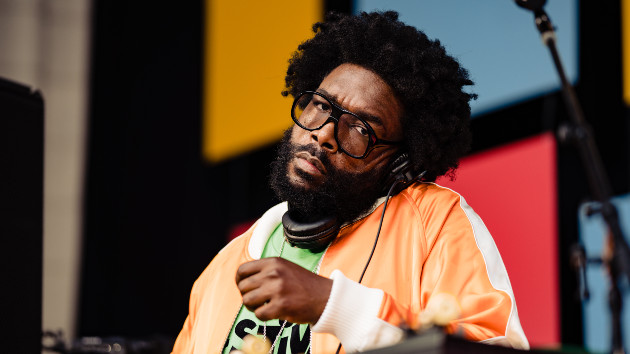 Ahmir “Questlove” Thompson admits he was “in panic mode” when he decided to put out his directorial debut Summer of Soul, a documentary-film which chronicles the 1969 Harlem Cultural Festival.

“I called Ava [DuVernay] up a lot,” Thompson reveals to ABC Audio. “Just to get names.. and know, “[Who] should I look for — a writing director, cinematographer?’ That sort of thing."”

While the Roots drummer shares that he “called up” other directors like Ernest Dickerson and Spike Lee to get advice, he says he felt comfort in knowing that he “also had the right team.”

“I.. was fully transparent with them,” Questlove says. “Like, ‘Look, this is my first time driving this thing. If there’s anything you see that could put us in hot water or that you feel could be better, I’m wide open to it.”

Thompson says those helping him along the way included his “awesome team of producers” and editor, who he says understood the importance of capturing the essence of the music-centered film.

“So even… the rhythm that we used for this film was important,” Questlove notes. “We assembled the perfect team to help deliver this message to the people.”

Summer of Soul is available in theaters and on Hulu.