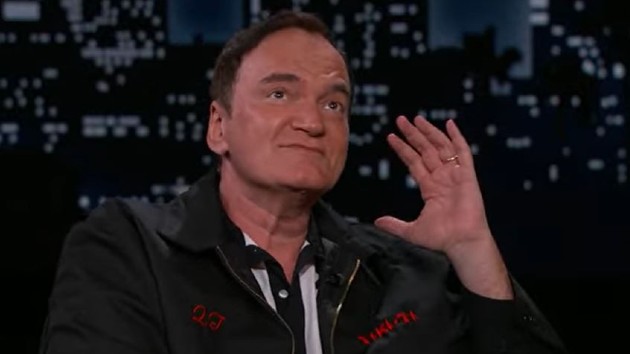 Quentin Tarantino won’t be joining the Marvel Cinematic Universe as a director. At least that’s the word from the Oscar-winning screenwriter and Pulp Fiction director to the Los Angeles Times.

While promoting his new book, Cinema Speculation, Tarantino says he wouldn’t be able to put his unique spin on the material if he did a Marvel movie. “I’m not a hired hand. I’m not looking for a job,” he said.

While he admits he was being “snarky” in his book in saying filmmakers “can’t wait” for the superhero movie boom to deflate, but admits the situation is like the one filmmakers in the 1960s went through when movie musicals were all the rage.

“The analogy works because it’s a similar chokehold” on the industry in terms of theatrical content nowadays, he says.

Unlike Martin Scorsese — who derided superhero movies as “not cinema” — Tarantino didn’t directly diss the superhero genre. However, the Once Upon a Time In Hollywood director says he just thinks big budget event movies are “not necessarily my favorite type of film.”