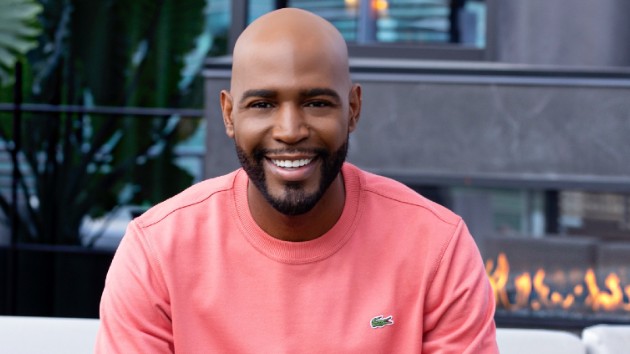 (LOS ANGELES) — After breaking up with longtime love Ian Jordan, Queer Eye star Karamo Brown revealed how he’s getting back into the dating game a year after the heartbreak.

Previously, the Dancing with the Stars alum joked he was willing to jump onto another ABC show, The Bachelor, but tells Just the Sip podcast, “That will not be happening.”

“For me, being 40 now, dating is such an intimate thing,” Karamo said Tuesday, explaining that he wants something that is built to last.

“I was in a place where I was ready to get married and I’m still in that place,” the TV personality confessed. “I just broke up the man I was with, but I wake up every day and I literally yearn. I’m that guy who wants marriage.”

As it turns out, he wants to be married sooner rather than later.

“I need to know that whoever I’m dating, we’re on the same page because truth be told—and you’ll hear this first—by 2023, I gotta be married,” Brown laughed. “I want to be married… I don’t have time to play.  I know what I want.”

Still, he is not looking forward to dating again, noting the landscape has drastically changed over the past decade.

Beyond marriage, Karamo revealed that he wants to have more children so that his sons Jason and Chris can have siblings.

“You know, I didn’t get the opportunity to have my son when he was a baby; I got him when he was 10,” he said. “I want a little baby, and now I have the financial resources, I have security in my life, I could do it.”

If he could pick, the Emmy nominee wants to add twin girls to his family, gushing, ” think they’d be so cute… I’d spoil them.”