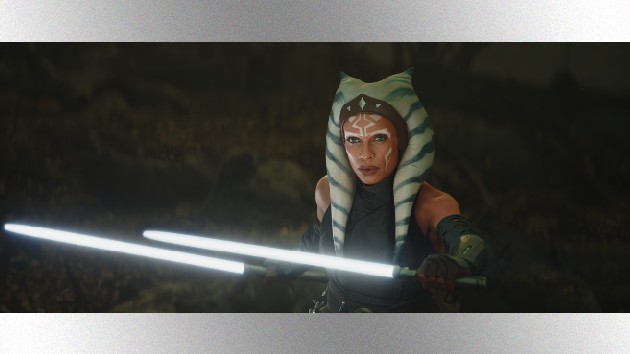 With a tweet from Star Wars’ official social media channels, it was announced that production on Disney+’s small-screen spin-off Ahsoka got underway Monday.

Recently, ABC Audio spoke with Dawson — a life-long Star Wars fan and self-described geek — who enthused, “It’s really exciting to start getting into it, you know, like I literally am like, ‘I can’t hang out because I’m saber training.’ Like, that’s an actual thing I got to say, which is really, really fun and cool!”

First voiced by Ashley Eckstein, Ahsoka Tano made her debut in the Star Wars universe in the Emmy-winning animated series Star Wars: The Clone Wars. Initially a Padawan learner under the tutelage of reluctant teacher Anakin Skywalker, Tano developed through that series, and also appeared in the subsequent animated show Star Wars: Rebels.