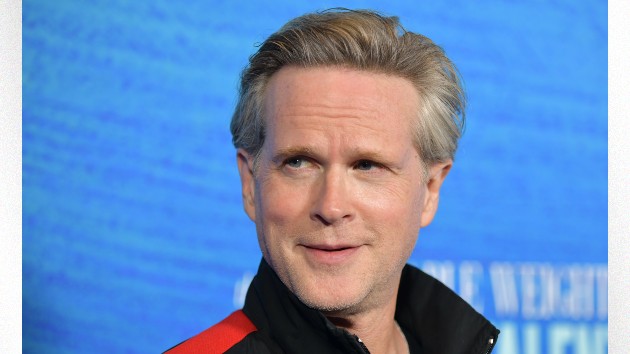 Cary Elwes, veteran of the comedy classic The Princess Bride and the grisly Saw films, is recovering after reportedly suffering a rattlesnake bite in the yard of his Malibu, California home on Saturday.

TMZ reports the actor’s reaction to the venomous bite on his left ring finger was serious enough that he was airlifted from the location to Ronald Reagan UCLA Medical Center after the incident.

The actor showed off the gnarly looking, swollen, discolored digit, apparently from his hospital room, in an Instagram photo, and was in good enough spirits to make a Princess Bride joke about it.

“Bit not by a ROUS but a rattlesnake,” he said, referencing the Rodents of Unusual Size from the film.

“Grateful to the staff of Malibu Urgent Care, LA County Fire Dept. and the staff and medical professionals at Ronald Reagan UCLA Medical Center for their great care,” Elwes continued, adding, “Am recovering well thanks to all these wonderful folks.”

Among those who wished the actor well were actress Joely Fisher, who commented, “OMG” adding prayer-hand emoji, and Sean Ono Lennon, who added, “Wow that is ugly man. Hope you recover soon.”

More than a few fans cheekily pointed out that his Princess Bride character boasted of a resistance to poison, but the movie’s iocane powder unfortunately isn’t the same as snake venom.