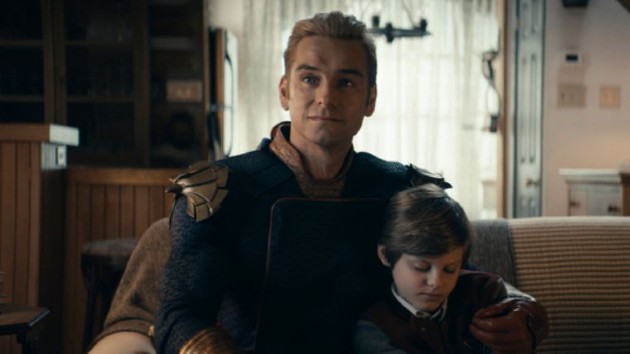 Taking a page from the comics that inspired it, and the Amazon Prime hit of the same name, fans may soon be able to grab a burger at Planet Vought, as seen in The Boys.

The restaurant is a Planet Hollywood-like eatery dedicated to The Seven, the Avengers-spoofing super-team seen in the series, and will be serving customers from June 4-6 at the Hollywood Palladium in Los Angeles.

The attention to detail for the restaurant was key, with production designers who worked on the show’s version of the eatery seen in season 2 on hand to ensure accuracy.

According to the event’s organizers, “The Planet Vought pop-up has a full backstory/narrative that begins as soon as guests arrive at Planet Vought (think an amusement park ride on a backlot),” and to “expect the unexpected.”

If you’re lucky enough to score a pass, may we recommend the Big Homie Burger with bacon and the Mocha Noir shake? Homelander says the latter is amazing.

The Boys’ third season is currently in production.