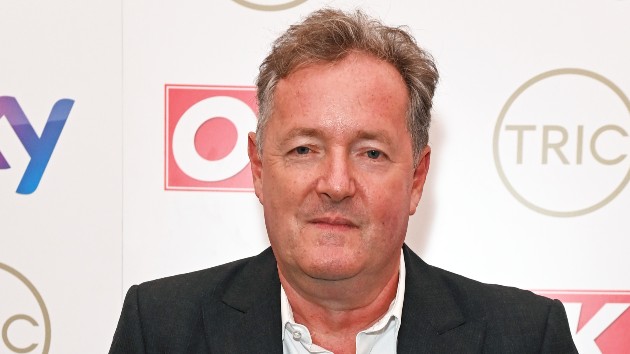 Piers Morgan, who famously stormed off the set of Good Morning Britain last year following his comments that he didn’t “believe a word” of the racism accusations Meghan Markle leveled last year against the Royal Family, is coming back to TV.

Following the incident, some 500,000 people complained about his comments to a U.K. watchdog group, and he chose to walk rather than apologize. He now tells the Daily Mail that he’s looking to help those who were in his shoes — or as he puts it, to “uncancel those who have been cancelled” — with his new show Piers Morgan Uncensored on TalkTV.

The show will air in the U.K., but will also be available via YouTube, and via streaming on Amazon Fire TV, Apple TV and other services. It debuts on April 25.

He tells the paper, “I want to re-platform those who’ve been de-platformed. I want to uncancel those who have been cancelled.”

He adds, “I want to basically make a point that cancel culture is as dangerous to society, in its own way, in terms of its attack on free speech and freedom of expression, as coronavirus has been.

Morgan continues, “So, I think if a democracy, like ours, or America or Australia, where this show will be airing, if a democracy loses that sense of what free speech means, and stops defending an individual’s right to an opinion, you’re not a democracy. This show, I hope, and the network will be standing up for democracy.”

Incidentally, another collaborator on TalkTV will be Sharon Osborne, who herself was canceled, dismissed from The Talk for defending Morgan’s right to make his comments. She later called the segment “an ambush” that network executives orchestrated against her.