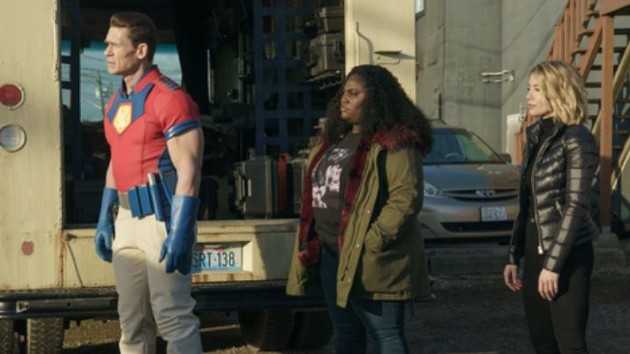 Sure, he wrote and directed Peacemaker, but even James Gunn was surprised to learn his small-screen spin-off of The Suicide Squad has become the biggest streaming show in the world.

With a shocked “Holy crap, this is incredible,” Gunn retweeted a Business Insider story that explained HBO Max’s Peacemaker became the most in-demand original streaming TV series in the world as of January 22, beating out heavyweights like Netflix’s The Witcher, and The Book of Boba Fett on Disney+.

The article quoted data from TV analysts Parrot Analytics, which tabulates audiences’ appetites for a given show — and the series starring John Cena, Jennifer Holland, and Danielle Brooks, was “69.5 times more in demand than the average series,” according to Parrot’s numbers published by Insider.

In fact, demand for HBO Max Original shows has jumped 39.2%, compared to 10.3% for Netflix properties.

The fifth episode of Peacemaker debuted today, and Gunn just told Deadline he’s got a second Suicide Squad spin-off up his sleeve, but the Guardians of the Galaxy series writer-director “can’t quite say” what it is yet.