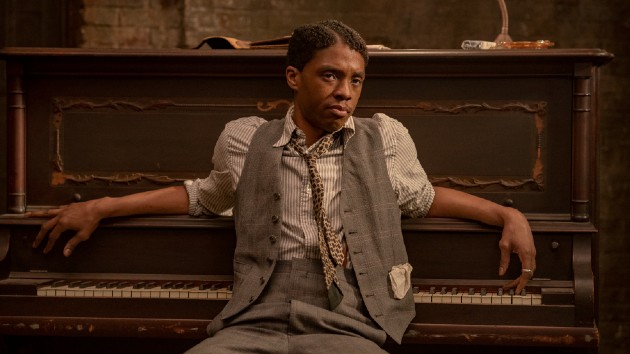 In an interview with the Los Angeles Times, Oscar winning Traffic director Steven Soderbergh confirmed that the awards categories during the April 25 ceremony were shifted — ending not with the Best Picture winner, but with Best Actor — in the event of a posthumous Best Actor win for Chadwick Boseman.

However, Anthony Hopkins won for The Father instead of Boseman for his award-winning performance in Ma Rainey’s Black Bottom. Since Hopkins wasn’t at the event and wasn’t allowed to accept his trophy via Zoom, the telecast ended abruptly, leaving many flat.

Soderbergh said the choice to end the show with Best Actor category was indeed because of Boseman, who died last August after a private, years-long battle with colon cancer.

“[A]ctors’ speeches tend to be more dramatic than producers’ speeches,” the filmmaker told the paper. “And then when the nominations came out and there was even the possibility that Chadwick could win posthumously, our feeling was if he were to win and his widow were to speak on his behalf, there would be nowhere to go after that. So we stuck with it.”

Soderbergh also said he hadn’t seen some of the negative reactions to the record-low-rated broadcast — “I don’t read reviews,” he noted. And when asked if producers regretted the decision to forbid winners from accepting their trophies via Zoom, he replied, simply, “No.”