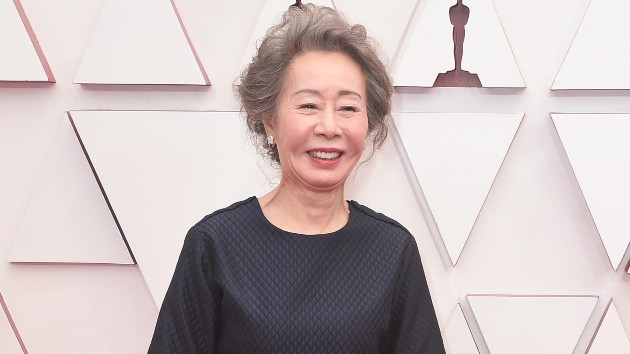 The 93rd Academy Awards continued its streak of history-making moments by awarding the statuette for Best Supporting Actress to Yuh-Jung Youn, who starred as the feisty yet hilarious grandmother in Minari.

Youn, 73, is the first actress of Korean descent to win the award and reacted in utter shock upon her name being read by presenter Brad Pitt.

“Mr. Brad Pitt, finally… nice to meet you,” she gasped when she reached the podium and invited him to stand next to her as she gave her heartfelt yet humorous acceptance speech, which started off with her forgiving the audience for mispronouncing her name.

“But me being here, by myself, this, I cannot believe I’m here,” she said, before asking the audience to give her some grace so she can “pull myself together.”

Another highlight of Youn’s speech came when she shouted out her fellow nominee, Glenn Close, who starred in Hillbilly Elegy.

“I don’t believe in competition. How can I win over Glenn Close?” she noted, saying she had watched many of the actress’ performances.

“So we cannot compete each other. Tonight, I have just a little bit luck, I think. Maybe, I’m luckier than you,” chuckled Youn, before thanking her two sons for “making me go out and work.”

Holding up her award, she finished her speech with, “So, this is the result. Because mommy worked so hard,” which elicited a round of hearty chuckles from the audience.