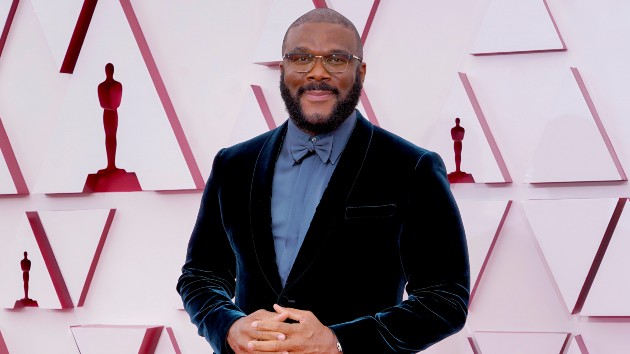 After an inspiring montage about the filmmaker himself and being presented the award by the stunning Viola Davis, Perry took the stage to accept the award.

“When I set out to help someone, it is my intention to do just that. I’m not trying to do anything other than meet somebody at their humanity,” he began, before diving into a story about a time he extended a helping hand to a homeless woman.

“I’m about to give her money, she says, ‘Sir, do you have any shoes?’ It stopped me cold,” he recalled. “I remember being homeless, and I had one pair of shoes. They were bent over at the heels.”

Perry then explained that he supplied the woman with a pair of shoes, leaving her with tears in her eyes.

“I recall her saying to me, ‘I thought you would hate me for asking,"” to which he replied, “How can I hate you, when I used to be you?”

The actor then ended with a message about hate.

He added, “And I want to take this humanitarian award and dedicate it to anyone who wants to stand in the middle. Because that’s where healing, where conversation, where change happens.”