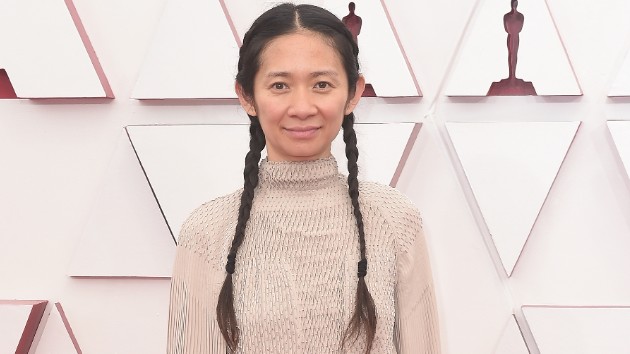 “No matter how difficult it is to do that. And this is for you, you inspire me to keep going,” she continued. “Thank you.”

This year marked the first time two women were nominated, Zhao and Promising Young Woman director Emerald Fennell. Zhao is now the second woman to ever win in the category, following in the footsteps of Kathryn Bigelow, who won in 2009 for directing The Hurt Locker.

This year also marked the first time two directors of Asian descent — Zhao and Minari director Isaac Chung —  were nominated for Best Director. The win also makes her the third director of Asian descent to take home to award — Ang Lee has won twice for Brokeback Mountain and Life of Pi, and last year Bong Joon-ho won for Parasite.

Along with Zhao, Fennell, and Chung, Thomas Vinterberg and David Fincher were also nominated for the award for their films Another Round and Mank, respectively.