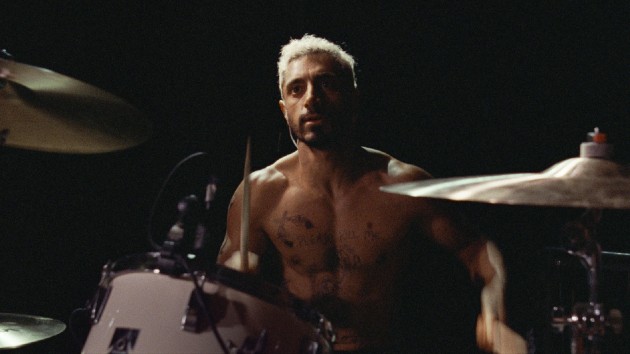 Sound of Metal is up for Best Picture at the Oscars this Sunday. Here’s what you need to know:

It stars Riz Ahmed as Ruben Stone, the drummer in a heavy metal duo called Blackgammon. When Ruben starts to lose his hearing, he must face the fact that he may never be able to perform again.

The film follows Ruben as he grapples with making the choice between accepting his situation, and trying everything possible to restore his hearing so he can return to his old way of life.

Ahmed prepared for the role by spending hours almost every day for seven months learning American Sign Language and taking drum lessons. With his Oscar nomination for Best Actor, Ahmed is the first Muslim actor to be nominated for a leading role.

Paul Raci, the actor who plays Ruben’s mentor Joe in the film, is a hearing person but grew up with deaf parents and is fluent in ASL. Raci, a first-time Oscar nominee this year, is up for Best Supporting Actor.

Sound of Metal is up for six Oscars total. The film is currently streaming on Amazon Prime Video.