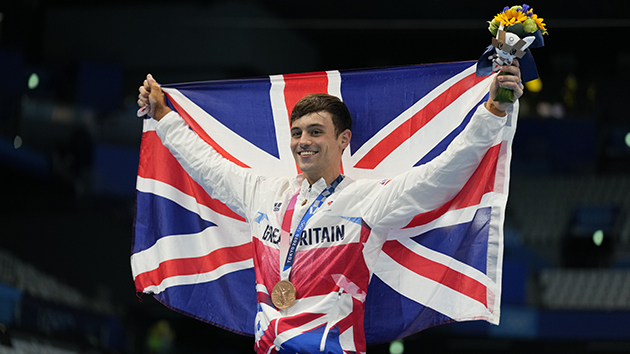 Olympic diver Tom Daley still applauds Simone Biles‘ decision to withdraw from several events she was predicted to win at the 2020 Tokyo Olympics.  While many were shocked by the move, Daley understood she bowed out in order to protect herself.

“It wasn’t just about mental health, it was… about her physical health,” the British athlete told ABC Audio. “She was very brave to speak up and I think it was really important to know that athletes are human beings, too.”

Daley, who captured hearts by knitting in between his Olympic events this summer, said athletes should not be “expected to be these invincible heroes” because “we do have things that can get to us.”

One of those things is “the twisties,” which is what Biles experienced in Tokyo.  Daley says this phenomenon, in which the brain and the body feel out of sync, also affects divers and can be potentially dangerous.

“It is an extremely scary thing because you get lost in the air and you don’t really know which way’s up and which way is down,” he explained, adding he suffered the twisties after the 2012 London Olympics.  The Olympic gold medalist said Biles was not just protecting her mental health: she knew pressing on could’ve resulted in a career-ending injury.

“The difference between diving and gymnastics is that if you get lost in the air, you land in the water in a heap… and it hurts. But for a gymnast? When you land on the floor — that’s hard. So if you land the wrong way up or you land on your head, that’s a serious injury,” Daley remarked.

Biles recently spoke to PORTER magazine about the ordeal.  “I felt scared,” she recalled, and reiterated she that she doesn’t regret withdrawing from the Olympics.

Oscar-bound? Brendan Fraser scores another trophy for ‘The Whale’