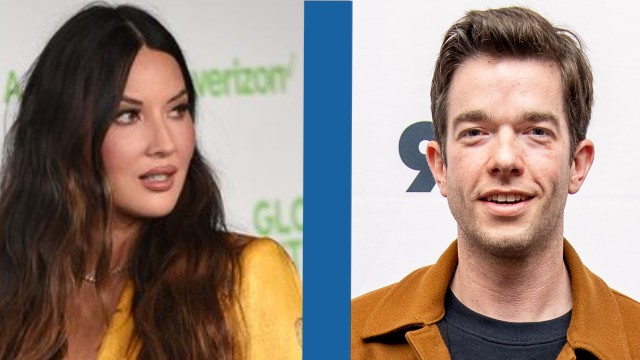 While this may seem sudden, remember: The Internet never forgets.

A 2015 HuffPo Live interview has come to light in which Munn admits to being “obsessed with” a then-engaged Mulaney, and even emailed him.

The X-Men: Apocalypse actress said at the time, “We were at a wedding together and I was like, ‘Oh my gosh, do you and your fiancée want to go have dinner or something and go hang out?"”

She was apparently referring to the 2013 wedding of Seth Meyers and Alexi Ashe; at the time, Munn was dating Meyers’ SNL co-star Will Forte, her date for the event.

Munn added, “At first it was cool, and then I kept going up to him at the wedding, like, ‘So, you having fun?’ I was just so obsessed with hanging out with and talking with him.”

The fangirling for the former Saturday Night Live writer and stand-up comic didn’t stop there: Munn even revealed she emailed him, but “he never emailed back.”

“I might’ve got the wrong email — probably,” the disappointed former Newsroom star said. “That’s what I tell myself.

Mulaney recently completed a 60-day stint in rehab, but Munn didn’t let that stop her from reaching out, either. She tweeted in December, “Sending SO MUCH love and support to John Mulaney. You got this.”