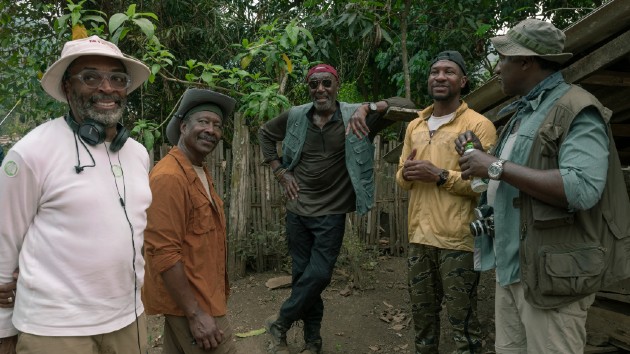 Stone is not only a Vietnam veteran, but the Oscar winning director of the iconic Vietnam War films Platoon, Born on the Fourth of July, and Heaven and Earth.  Years ago, he was going to make the The Last Tour, a script on which Da 5 Bloods was based — about a group of Vietnam vets who return there to find a cache of hidden gold — but admits he couldn’t crack it.

“I never was able to solve it in a way that was satisfactory to me,” Stone tells Lee. “You solved it. You solved it…because you went entirely Black. The movie is a love poem to Black Vietnam soldiers,” Stone opined.  “[It] blew me away.”

Lee explains he was nervous to show the movie to his “brother” Stone, considering his real-life experiences in Vietnam when Lee was only 10.

Spike also mentions working with Chadwick Boseman on what became his penultimate film before he lost his battle with colon cancer. “I didn’t know he was terminally ill,” Lee says.  “One of the first days he worked…he had to do 100 yard sprints and it’s 100 degrees. If I had known, no way I’m gonna ask him to run.”