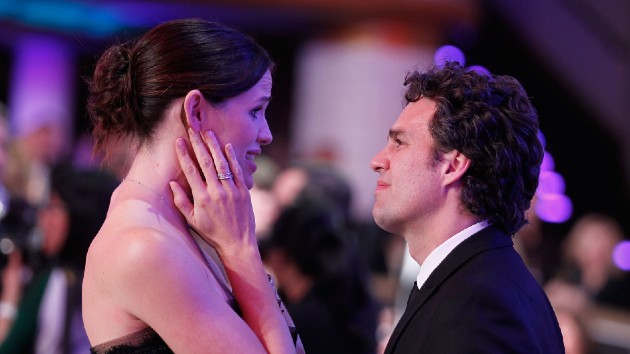 (NEW YORK) — All that was missing were the Razzles.

Mark Ruffalo and Jennifer Garner, who co-starred in the 2004 rom-com 13 Going on 30, will re-team for the upcoming film The Adam Project, but in the meantime, they reunited on social media with a pair of cute social media posts.

Ruffalo and Garner, who played Jenna Rink and Matt Flamhaff — two best friends who end up falling in love — posed together for a photo the two shared to their respective Instagram accounts.

“Reconnecting with an old pal. Anyone know where we can get Razzles in Canada?” the 53-year-old Avengers star captioned his photo.

Garner, 48, wrote, “Wishing dust worked! And I got a perfect day with my old pal.”

Ruffalo marked the film’s 16th anniversary last April on an Instagram post that read, “Happy Anniversary to 13 Going on 30 today! Remember what the world was like when Razzles were all the rage? Missing that time.”

The Adam Project, stars Garner and Ruffalo as the parents of Ryan Reynolds’ character, who travels back in time to get help from his younger self to confront their late father.

Reimagining of ‘Beauty and the Beast’ coming to ABC December 15