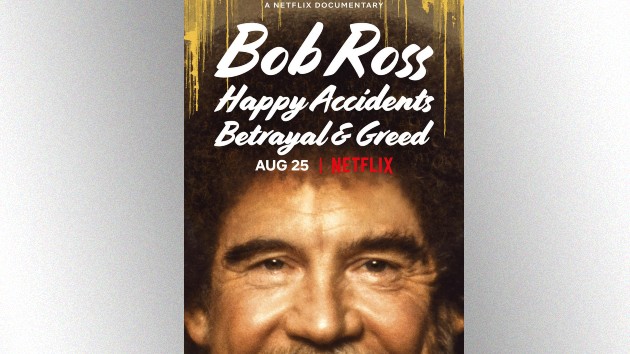 According to the streaming service, this “shockingly untold story” examines the life of the prolific landscape artist and The Joy of Painting host, whose “kind and gentle demeanor…encouraged everyone he met to embrace their creativity and believe in themselves, becoming a cultural phenomenon along the way.”

However, Netflix teases, “Beyond the iconic hair, soothing voice and nostalgic paintings lies a mystery that many have yet to discover.”

The teaser is no less mysterious: “We want to show you the trailer,” a title card reads as off-putting xylophone music tinkles in the background, “but we can’t.”

Melissa McCarthy and her husband and producing partner Ben Falcone co-produced the film, which was directed by Joshua Rofé, who also called the shots on the documentaries Lorena and Sasquatch.