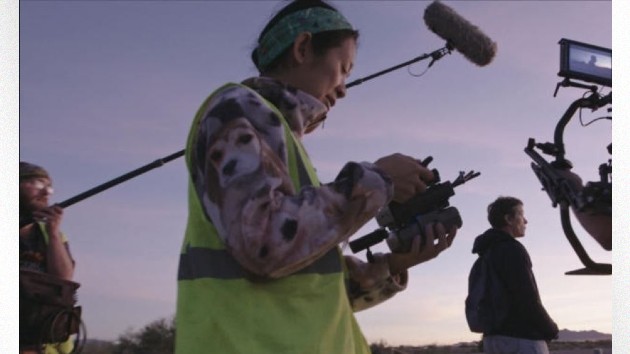 Cathy Snyder, Michael Snyder’s aunt, posted the news to Facebook, along with a message from the young man’s father and photo of Snyder at work, holding up a boom mic on a movie’s set.

“Bravely shared just now by my brother, David Snyder, MD, in the hope that the truth might help someone else who is suffering with depression and suicidal ideation, especially during this isolating time of Covid,” she posted. “Maybe it can save even one person and urge them to try to reach out in their despair and hopelessness.”

Snyder’s father, a psychiatrist, noted, “Unfortunately, we believe he was gone before getting to see the Golden Globe awards. We will never know what changed in the last month or two, but even his love for his family, as well as his love of film and his movie family, was not enough to conquer his demons.”

Snyder was a frequent collaborator of Nomadland’s award-winning director Chloe Zhao, who called Snyder her “ears” in statement to Variety, “I will always miss him. He would always be with me on set, after each take, and in the silence of every room tone. See you down the road, my friend.”

The film’s award-winning lead, Frances McDormand, added, “Wolf recorded our heart beats. Our every breath. For me, he is Nomadland."”